18 replies to this topic 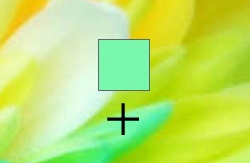 Colorette is a lightweight colorpicker that gives you basic colorpicking abilities with any program. By default, I only guarantee the EXE to work (AHK is just for code reference - this one requires Dlg.ahk and some uncommenting of fileincludes), and my Std License (see signature) applies. Additionally, I recommend you to launch this using an appstarter, and if you haven't got a good one - get one. If you want a really good one, hold on a few weeks or months (depending on time available) for the public alpha for an appstarter that I'm working on now. I would gladly take volunteers for the close alpha.

Anyway, feel free to try and use Colorette. I hope you like it, and provide feedback &/or suggestions!

tomoe_uehara
Please change your image hosting to http://imgur.com/, I can't see the screenshot

Please change your image hosting to http://imgur.com/, I can't see the screenshot

Done! Thanks for the recommendation - I was looking for imagehosts the other day (for my upcoming updated Screen capture script), but didn't find that one.

Oh, I have one general question: Do you all think the Std Color selection should pop up under the mouse, in the middle of the screen, or topleft (as it is now)? How'd I go ahead on changing it, adding a handle maybe?

nimda
Hmmm... I just had an idea.
I'd like to expand this to have coords, then when you rightclick, the Gui freezes and you can click on either the coords or the color
(it would be faster than it sounds, and maybe rightclicking again would unfreeze the Gui.)

I even have a name for it: Snatch

So do you mind my using this source?

Hmmm... I just had an idea.
I'd like to expand this to have coords, then when you rightclick, the Gui freezes and you can click on either the coords or the color
(it would be faster than it sounds, and maybe rightclicking again would unfreeze the Gui.)

I even have a name for it: Snatch

So do you mind my using this source?

You have my permission to use the source as you wish, modify & redistribute it.

However, I would encourage and recommend that you either focus on coords, or that you make it a userfriendly/intuitive multitool. I have a few suggestions, before you start your own topic about it

- Snatch is a good "catchy" name!... but (!) there is an iPhone app called that, which might be bad for SEO. Also, more importantly, it has some ugly urban meaning: UD: Snatch. Other than those two points, snatch is good, so it's up to you.
- Hovering would display coords discretely, clicking would retrieve them (in what format?) dragging would retrieve an area/size. Press Esc to exit.
- If possible (this might be unnecessary "advanced stuff", but I'll just spark the idea), automatic adjustment to capture an area based upon color should be possible, for example if I wanted to retrieve the width of this edit field, a quick pixelsearch might be used along the 10-20px on the edges to see if there was any inconsistencies, and if so, correct it to only retrieve the white. [image]. In this case, the blue on the sides would get trimmed off the end result.
- Probably easier to implement than the first, I often find the need to find out the size of an image. So, "If Clipboard contains image data", display the width and height of it?
- Now we are borderlining "adding too much", but what about a similar "If clipboard contains text": Character count. This's just if you would find this useful or think someone else might?
- If you intend to keep the colorpicking function, please don't request another extra click. The easiest solution is to work with Left/Rightclick differentiations (and modifiers), which brings you alot of functionability with logical and easy-to-use hotkeys. Because you do plan to make it ondemand, right? By the way, "logical" in this case is in my own opinion: Left->Coords, Right->Color.

Hehe, you are right. Snatch is a good name then

nimda
Do you think this would be useful? Thanks for sharing the app, sumon.

Thanks for sharing the app, sumon.

That is pretty sweet I must say, good article too - and informative for me to see how you use it. So thanks to you too

Today I started picking up some work on Colorette again, and a feature I would personally find useful and am therefore implementing is an ability to slightly 'alter' the output color to make it 5% darker f. ex. This is useful in web design to make :hover effects, to name one area of usage.

Having seen that article, too, I want to add more & better output options along with the ability to display the RGB (or Hex) values until they are pasted, for your kind of usage.

Additionally, I recommend you to launch this using an appstarter,

Why do you recommend an appstarter?

Additionally, I recommend you to launch this using an appstarter,

Why do you recommend an appstarter?

It's faster. If you have a decent appstarter (anything goes - Launchy, Appifyer, your own AutoHotkey script f.ex.) every "small app" will be readily available at any time. With Appifyer your muscle memory may even learn the hotkeys of these small utility apps such as Colorette - and your workflow will be extremely improved. You'll feel like Superman, trust me.